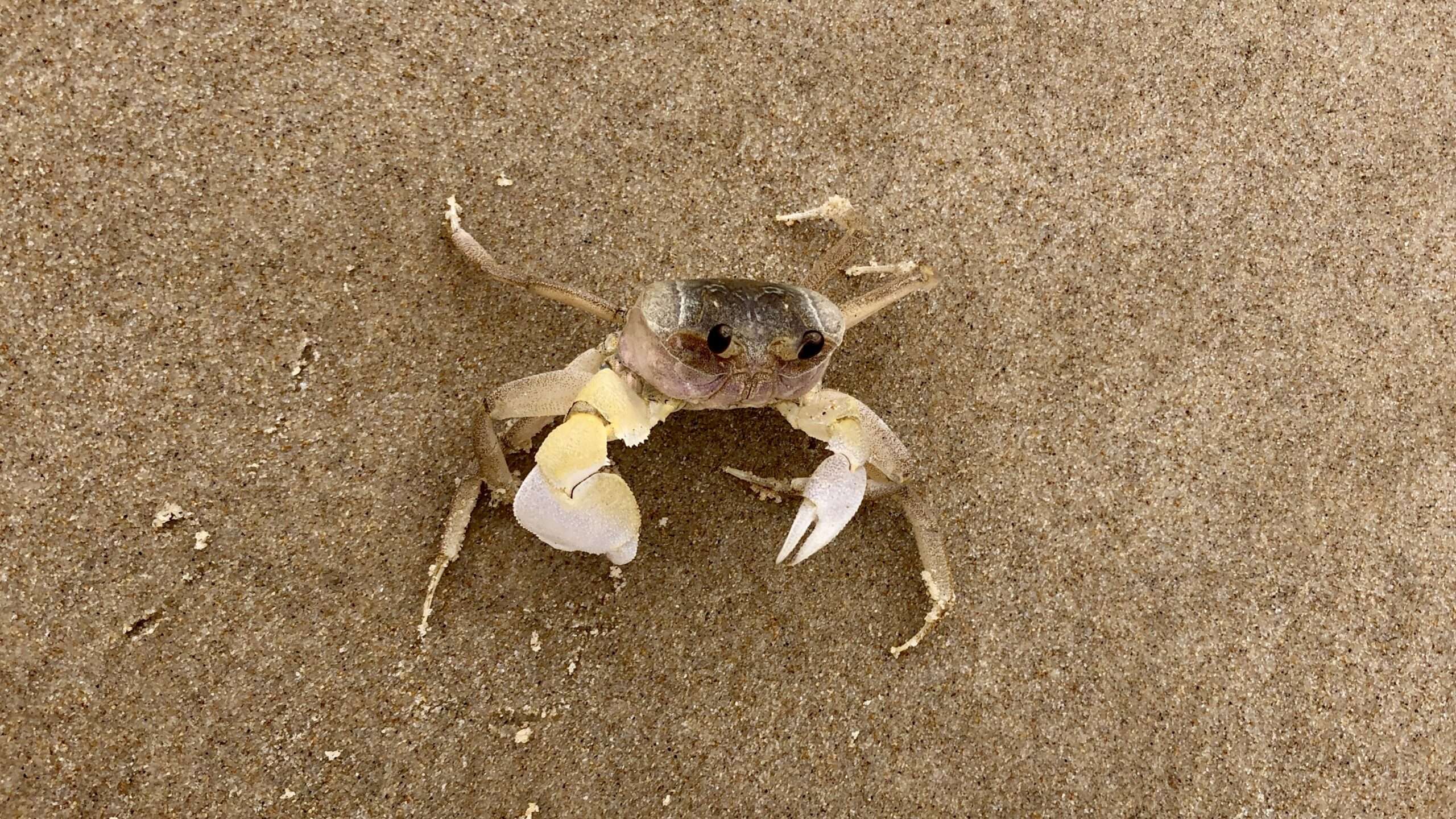 Bushfires had raged in southern Queensland and northern NSW during early September, the smoke cloaking the Sole Sisters’ planned Yuraygir coastal walk in a haze of doubt.

Organiser extraordinaire Yvonne, who now lives and walks in Coffs Harbour (check out CoffsTrails.com!), seemed confident that the walk would go ahead, but the NPWS (who closed the entire walk two weeks before we were to set off)  seemed to lack Yvonne’s assurance.  By the time, however, that the rest of us nine walkers were due to leave Sydney, Yvonne’s optimism had prevailed. Most of the walk had reopened, leaving one short burnt-out section closed to hikers.  That part purportedly offered the most stunning views of the walk, but given we expected, we strode off with something closer to jocular confidence than to regret.

And how wise we were.  There indeed would be  an almost steady view of the magnificent New South Wales coast along with scores of humpback whale sightings, including some frolicking calves, and a few dolphins and (needless to say) perfect company. A crab or two extended a friendly claw of welcome (or not) along the way, and bits of shells and pebbles glistened along our path.

It was our first day where parts of the walk had been closed; hence the somewhat shorter distance walked. Soon after we headed off from Yamba, we could see the  charred areas, like a slightly singed layer cake, with green tips already started to sprout in sections. Hopefully not long before Mother Nature managed her repairs.

Yvonne had engaged a maxi-taxi, which appeared rather miraculously at our morning tea spot–the astutely named Yum Yum Café in Angourie — and dropped us at the end of a remote ditch somewhere south of Lake Arragan (with only the briefest of detours into Yamba to deal with a wayward security tag on one walker’s new hat).

So the day included plenty of  lovely beach walking with glimpses of the coloured clays of headlands and lots of Pandanus trees along the way, along with our first whale sightings.

The occasional sea eagle  soared overhead, and plenty of interest appeared downwards as well, where unexpectedly beautiful jellyfishes dotted the sand, little works of art and a far cry from the bluebottles of Sydney.

Our accommodation in The General Store in the first night  supplied us with some er….interesting… murals to watch over us (a bit, perhaps, like lions keeping an eye on their prey).  Clearly a ‘local talent’ was at work, as someone hadpainted quite an enthusiastic seascape on the outside of the building but didn’t stop there. Inside each unit was another explosion of colour, covering an entire wall with sea creatures. A life-sized collection of dolphins crowded across the wall in one place, for instance, and a ambitiously tentacled octopus policed another unit.

Dinner at the Chinese restaurant at the local bowling club was served remarkably (almost suspiciously) efficiently, leaving little time to take in the interesting array of black-and-white photos on the walls— including a striking one of a toilet block hung conveniently by our table.

This day was a spectacular one for whale-spotting with one particularly eagle-eyed walker serving as our Lead Spotter.  She seemed to have a direct link with these colossal and majestic commuters.

We began with a stunning view of the coast from the headland and then headed down to the beach for about 9 ks of lovely beach walking until  we reached the Sandon River. Our complete walk included three boat crossings in total, and the first took place here — across the Sandon River in Lance’s  somewhat worn-looking little vessel.  (His regular boat had met with misfortune so we experienced  the back-up craft.) Lance did seem a tad nervous, but we all made it across the water without any unwarranted submersions.

Another feature of this day was a rather contrasting experience. We had the choice of a beach or an off-beach track; and for variety’s sake (I think that was the original rationale) we elected the latter. So began an experience in mostly Soft Sand  in fairly Toasty Temperatures, which made Stronger Women of Us… Yes, endurance levels were pushed a bit! But what the heck! It was, after all, this section of track that would be referred to with rolling of the eyes in the hours (and days) to come.

Fortunately dozens of patches of flannel flowers nodded at us prettily along the way as a handy distraction. And we also had the further distraction of lots of holes on the track to keep us vigilant. Snake holes was the rumour, although that theory was not confirmed. Some theories are best left untested.

So by the time we reached the Minnie Water General Store there was plenty of enthusiasm for a bit of fortification before the final leg of road walking to our accommodation at the Minnie Water Holiday Park.

There dinner of piping hot, tasty boxes of curried fish, along with a tangy lemon tart,  was delivered to us by the kind folk at the General Store and enthusiastically scoffed as we perched on tables under the community shelter before retiring for an early night with visions of The Soft Sand Track dancing in our heads.

What an exquisite combination of headlands and beach walking all day.  Flannel flowers galore dotted the headlands, and nearly every glance towards the ocean was rewarded with the leap of a whale, the puff of a blowhole or the slap of a tail.

Morning tea (and a swim) was at Digger’s Camp, a small village of only about twenty houses.  A local resident was out collecting armfuls of ribbon kelp at low tide and rinsing them under a flow of fresh water to put on her garden. That’s, apparently, just What You Do in Digger’s Camp. One Sole Sister seized the opportunity of a higher bit of ground and phone reception to register for the ultra trail something or other coming up in a few months. Never a dull moment with the Sole Sisters!

We walked down from Digger’s Camp and clambered out on to the magnificent rock platform in the area –part of the Solitary Island Marine Park, although only the Northern Solitary Island was visible to us. Because it was low tide (REMINDER: every step of our journey had been strategically planned by our intrepid leader to allow for low tide wonders – no easy feat) we could pick our way carefully out onto the rock platforms and truly explore the rockpools and their amazing miniature worlds of wonder. There were little mangroves readily available for viewing , along with  a hodge-podge of seaweed waving at us from rockpools, and also a few small intrepid fish darting about in the shadows.

Then it was back to scenic beach walking. We had a somewhat delayed turn off from the beach to our accommodation but all the better to take in the sleepy coastal village of Wooli before making our way to the Wooli River Lodges, strategically placed between the river and the Marine Park. Bruce, our boat man for the next morning, spotted us in our final trudge and hollered a greeting. What a friendly little town. And dinner could scarcely have been more convenient  – at the local club, just next door.

Our last day on the track started with a ride, courtesy of our caravan park host, to the first water crossing of the day: about 2 kilometres down the Wooli River with boat operator Bruce and his spiffy little vessel.

Then began our walking on beach and also on rock platforms.  Most hikers had rain gear on or at the ready, as the clouds overhead looked ambitious. We had been lucky in our three previous days of perfect weather, so a chance to air the raingear seemed fair enough…although it ended up being just a few sprinkles here and there.

The morning provided a fair number of challenges in our 5 kilometres of rock platform negotiation – very interesting, but we were certainly kept on our toes so to speak, stepping tactically from one ledge to the next in this remote and gorgeous area.  Once we arrived at Station Creek, it was off with shoes and socks and in we went. This particular water crossing needed to be accomplished on foot, presenting walkers with the extra challenge of re-socking and re-booting without also re-sanding each foot. One Sole Sister received a standing ovation from bystanders for her deft achievement.

Then we were on to the final, peaceful, mostly deserted stretch of beach. With the hypnotic roar of the ocean and the grey layer of clouds low over our heads, walkers were caught in that serene spell of beach walking…quiet, steady, tranquil…

….At several points over the previous four days of adventuring, we had read signs warning of emus in the area. So when, during those last hours of walking, two beaked heads popped up over distant sand dunes, more than one pulse quickened with excitement. Several walkers, in fact, abandoned the serenity, and galloped closer to the dunes with cameras at the ready.  Could it be?  Emus  at last?  Some people had never before seen an emu in the wild. Was a milestone event about to occur?

Closer inspection revealed the birds to be merely somewhat elegant ornithological specimens, the name of which, I’m afraid, escaped this scribe [Brolgas]. But the key info? Not emus!

Recovering from the disappointment, we continued our way along our last metres of beauty until a chirpy looking man with a fishing rod waved at us. ‘I’m your lift!’  he sang out as we approached, and before long we were doing our last crossing in Nicko’s boat and then on to the local burger joint to be met by our rides back to Coff’s Harbour.

Overall, the grand kilometre total for our five days of walking?  Around 68 kilometres once the bits and bobs were added in. And memories? Yes, of course, there was that infamous Soft Sand Track, but for the most part, the walking was of the delicious sort with gentle sea breezes whisking cares away and pleasantly energetic company boosting endorphins.  Many thanks go to the wonderfully organised Yvonne, bolstered by Mary’s help as well, and to the company of all concerned for these memorable four days.

This is a great walk for those who don’t want to carry a heavy pack.  No need for a tent or sleeping bag keeps your pack weight under 10kg.  Time your walk so that you have a low tide around noon on the last day for the Station Creek crossing.

Transport. We left cars at Coffs, and caught a Greyhound bus from Coffs Harbour to Yamba. We had non-walking family members pick us up at Red Rock, as transport options there are limited. However, we did consider extending the walk an extra day to Woolgoolga, which has much better public transport links for the return to Coffs.  Yuraygir Coastal Walk ends at Red Rock, as that is the southern limit of the Yuraygir National Park, but of course Yuragir Coastal Walk links up easily with the Solitary Island Coastal Walk.