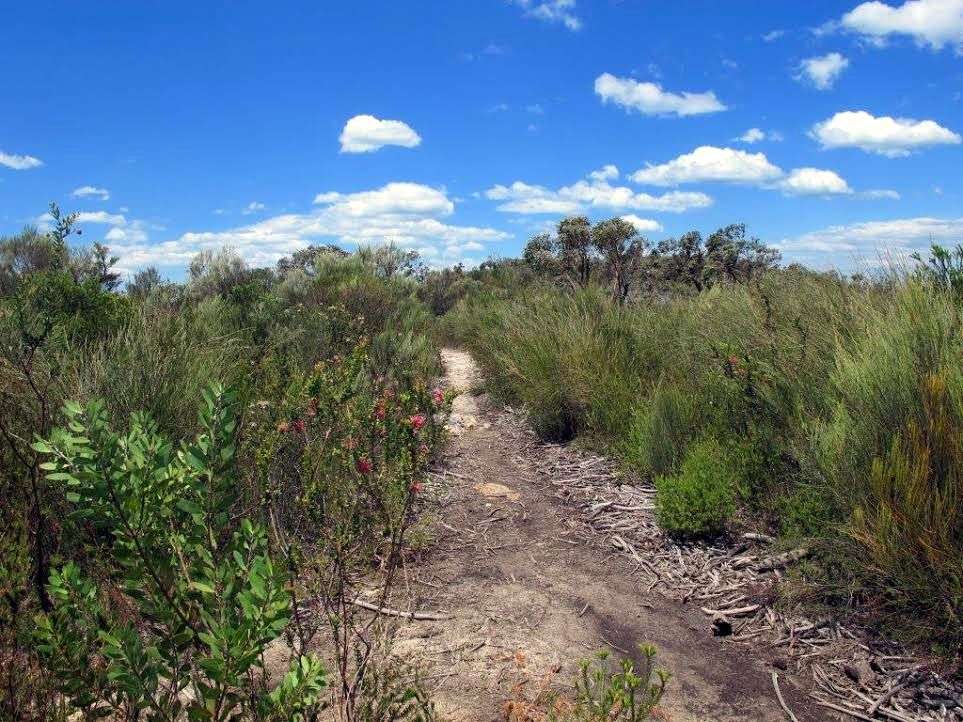 Every year, about 130 bushwalkers get lost.  Not wanting to be a statistic, and knowing the best way to improve our navigation skills was by practise, we entered two teams in our first 6 hour rogaining adventure.  Rogaining is an outdoor adventure strategy game, a big social treasure hunt, and a fun way to explore a new area.  The challenge is to set a strategic route and then successfully navigate using map and compass to the controls (checkpoints), collecting as many points as possible in the time allowed.

We arrived early at the sports centre near Narrabeen Lake to collect our map and wristbands. Deafening rain was bucketing down on the roof of the athletics track grandstand as our two teams sat and examined their maps. We could do a loop of the lake, head for the beach suburbs (coffee!  ice creams!) or go up into the bush of Red Hill.  The bush won, and with our competitive streaks coming to the fore, we got our highlighters and bits of string out.

We’d done some homework about this new rogaining-thing before the event. We’d been told that staying on the track is quicker than bush bashing shortcuts, flat is better than hills, and that if the control has a high number of points, there is a reason for that. We’d been advised to plan some early “cop-out” routes in case we misjudged our ability to cover the distance in the set time. Avoid hills and stick to the flats?  Not a chance. Cop out early?  I don’t think so.

We wriggled our string around the map to estimate the distance of our highlighted bush route. The string measured 16km, so we rounded up to 20km as the string was bound to under-measure. We could do 20km.

The rain abated, and the race was on for about 400 enthusiastic rogainers. We would have walked straight past the first control, we were so busy chatting and not looking at our map, but fortunately the queue extended out into the track. We had a classic team debate about the location of the second control, dismissing the suggestion of Miss T who was halfway up the rocky knoll when we called her back convinced we needed to continue further along the path. Of course she was right. We clearly weren’t too good at this. We briefly contemplated a cheat strategy – would following the runners be easier than compass and map?

Fortunately we did get better at navigation and control location, especially once we focussed on basics – the top of the map is north, the sea is east, use the compass and observe your surroundings!  By midday we were feeling so cocky we could simultaneously walk, navigate and conjugate french verbs.

After lunch, a misplaced control confused us – and reinforced yet another lesson about navigation when we found ourselves bashing our way down a hill that wasn’t supposed to be there. Our last control collected, we headed back to the Hash House with time to spare and happy smiles on our faces.

Did we learn anything? Definitely. Did we have fun? Absolutely.

The bush around Red Hill and Oxford Falls is  used by mountain bikers as well as hikers, and contains sites of aboriginal heritage.  Aboriginals have lived around Narrabeen for centuries, with a campsite at the Sport Academy site, Middle Creek. Governer Philip took 3 days  to walk around the lagoon and to the local high point of Beacon Hill in 1788. Wakehurst Parkway, which dissects the bushland of Red Hill from Garigal National Park, was built during World War II.

Narrabeen State Park was proclaimed in April 2014, protecting the lagoon area.  Friends of Narrabeen Lagoon Catchment are lobbying to conserve the remaining bush and keep it away from developers. The Metropolitan Local Aboriginal Land Council  has announced it’s intention to create a new Aboriginal owned National Park, Gai-mariagal, which would protect more of the catchment bushland of Narrabeen lagoon.

See Deep Creek to Bahai Temple for another lovely nearby training walk.

While we tracked our walk for later review, we stayed true to the rules of rogaining and didn’t use our phones during the event.  Turns out that our string estimated distance of 20km wasn’t far off our tracked distance of just under 21km.   We also climbed some lovely hills, with 500m of elevation gain.