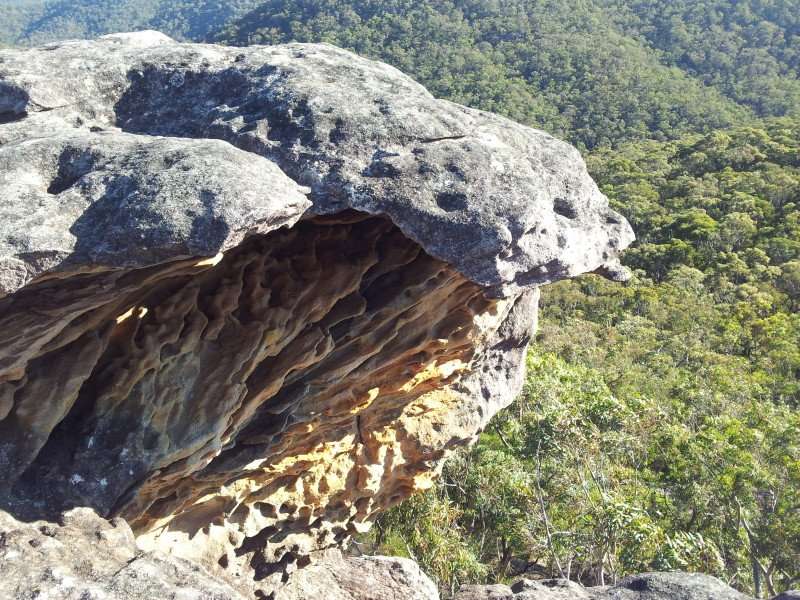 A chance to step inside a National Treasure. Muogamarra Nature Reserve is located 40kms north of Sydney between Cowan and Hawesbury River, reached by driving along the Old Pacific Highway. It is an extraordinary place and open to the public for just six weekends a year in spring to preserve the fragile ecosystems and aboriginal heritage.

Muogamarra Nature Reserve is the legacy of an early environmentalist named John Duncan Tipper. Concerned about the loss of the Hawkesbury Sandstone Forest due to settlements and farming he leased 240ha in 1934 to protect the flora, fauna and aboriginal sites. He founded the reserve and named it Muogamarra, an aboriginal word of the local Awabakal tribe which meant “preserve for the future”. Over time he expanded his lease to 800ha and in 1954  gave up the land and it was gazetted as Muogamarra Sanctuary. In 1969 it was amalgamated with the Sir Edward Hallstrom Faunal Reserve to create Muogamarra Nature Reserve and is now under control of the NSW National Parks and Wildlife.

In springtime the reserve transforms into a brilliant display of colour when the wildflowers bloom. You’ll see pink boronias, native orchids, woody pears, banksias, flannel flowers, geebungs and the occasional waratah. Muogamarra is home to many native animals such as the swamp wallaby, echidna,  and the red-crowned toadlet. Aboriginal engravings and shell middens are found throughout and there are remnants of early farming settlements. There is also plenty of bird life to see, from the wedge-tail eagle to the lyrebird.

There are many walking tracks in the reserve of varying length both guided and self guided. It is definitely worth taking one of the many volunteer led guided walks to learn about this wonderful place. So throw  lunch, thermos and water into the backpack and spend a day at Muogamarra  where you will also be treated to the most amazing views high above the Hawkesbury River from Brooklyn and Dangar Is to the north and to the Blue Mountains in the west.