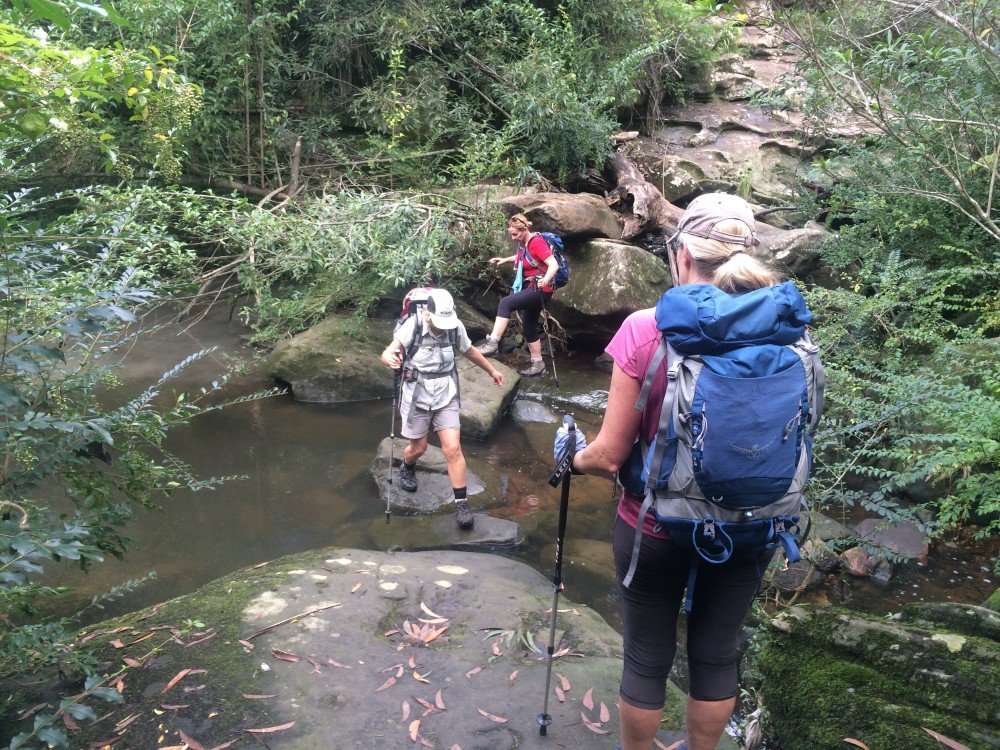 The 10.5km Lane Cove riverside loop provides a nice fast 3 hours trek training walk, with opportunity for a bridge-to-bridge time trial (under 55 minutes) on the fast riverside trail on the west bank. The east bank has more technical rocky walking and some short climbs (total ascent 385m, add more with some interval work).

There are a variety of morning tea spots, including picnic areas in the park area, Fiddens Wharf Oval, or the area around Blue Hole and the cave at the De Burghs bridge end.   The Lane Cove River is crossed using De Burghs bridge pedestrian path upstream, and the Weir or Fullers Rd downstream.  The crossing of Blackbutt creek can be tricky when wet, take care.

Parking is available near the steakhouse at Fullers Rd bridge over the Lane Cove river, but traffic in the morning can be busy.  Alternative access to this loop to avoid morning traffic is from Allen Park,  Killara or Airmans Park, West Lindfield.   Parking within the national park attracts an entry fee.

There is always a fair bit of wildlife in the park to see, birds and reptiles in particular.  The area has a rich Aboriginal and European history,  there are interpretative signs at various places along the walk.  The Kuring-gai people lived in the valley until forced out after European settlement.  The area was then used by European timber getters, with a nearby sawmill shipping logs from Fiddens Wharf, and later used for orchards and  recreation. The  stonework, such as the impressive Porters Bridge that the walk crosses on the west bank, dates from the depression era.   The weir was built in 1938.

Other walks we do in the area are De Burgh’s bridge upstream to Browns Waterhole, and the Step Track in the upper Lane Cove Valley.